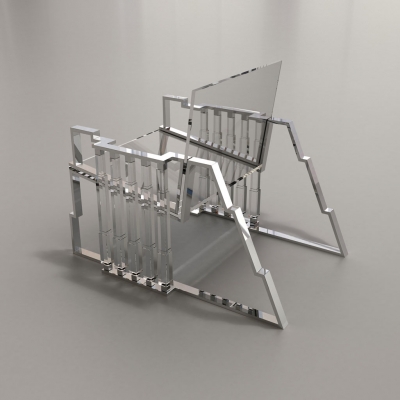 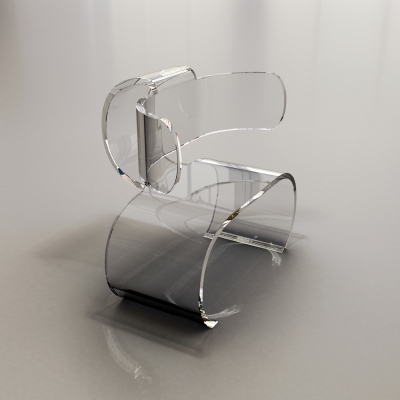 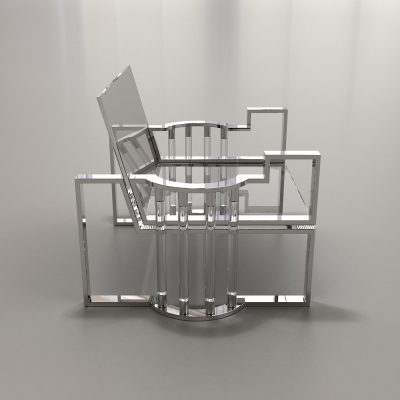 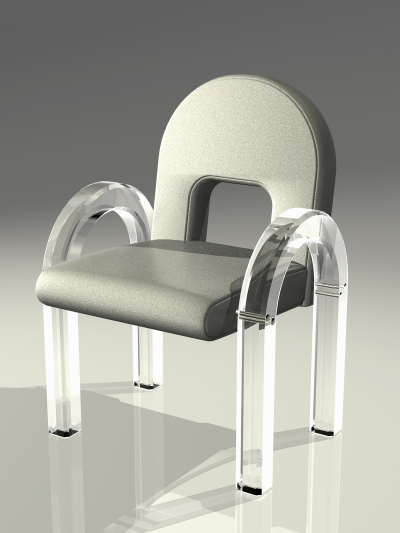 Michael Jon & Alan present a selection of chairs by the iconic and influential designer Charles Hollis Jones. The booth will be topped with a chandelier produced by the designer for the exhibition.

Created entirely out of acrylic and polished nickel-plated steel, the chairs will be arranged within an immersive treatment that creates a sense of placelessness which functions as multiple theatrical modalities. First the historical - as Palm Springs was created as an oasis in the desert outside of Los Angeles, the seamless experience from interior to exterior was paramount. The matching carpet and wall color choice is a distilled representation of that experience and aesthetic. Second the contemporary - where the sense of endless space is attuned to computergenerated renderings and the virtual field, where space and time is easily altered and manipulated by slight perceptual adjustments. The soft endless environment will create a setting for the pieces to shine as individual, almost sculptural, moments of illumination with unobstructed vantages.

Currently based in Burbank, California, Charles Hollis Jones pioneered the use of acrylics in design since the early sixties. At the start of his career, Jones’ designs shifted the interior aesthetics of Los Angeles by creating custom Lucite pieces for Frank Sinatra, Lucille Ball, Johnny Carson and Tennessee Williams among many others. Miami Beach’s own neo-classic Art Deco aesthetic has been undoubtedly influenced by the classic aesthetics of Los Angeles and, thus, the designs and visions of Charles Hollis Jones.