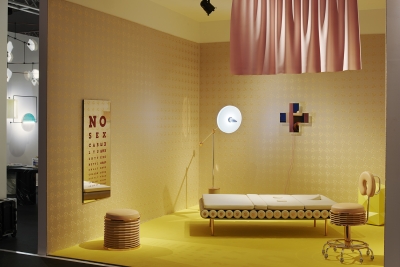 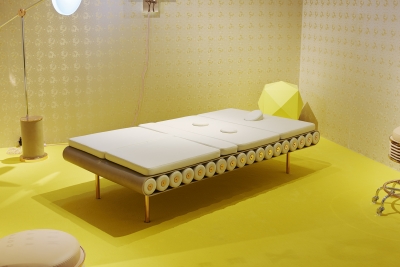 NO SEX in Miami is the current episode of Atelier Biagetti’s exploration of contemporary life and goes deep into the human psyche to address the all-time greatest obsession: the idea of sex. Shown during Milan Design Week 2016 in its first guise curated by Maria Cristina Didero, the project demonstrates how designers Alberto Biagetti and Laura Baldassari decontextualize visual elements to create a short-circuit between the senses of the body, the preconceptions of the mind and the physical reality of the surrounding environment to create unexpected situations to be experienced rather than viewed. “We aim to design objects that catalyze actions around them – to provoke life,” says Alberto Biagetti, a view evident in this Curio as the designers have imagined a particular scenario, like the set of a film, where the action is about to take place. If in Milan NO SEX was a refuge from media-fueled desires, this time it is the ultimate environment for psychological confrontation, the therapist’s studio. The space itself contains all the expected elements, but the deceptively familiar surroundings are not innocently functional but rather tease the viewer, thus provoking new kinds of behavior around the perception of what sexy is, and around the idea of contemporary design.